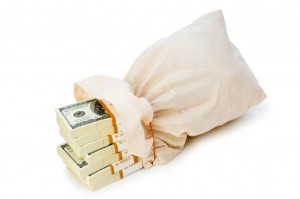 Ever in need of a dose of inspiration to fuel your entrepreneurial spirit? I know that’s something that I am constantly looking for. One area that I turn to on a regular basis is a handful of podcasts that are hosted by successful people and include the success stories of other entrepreneurs. One of my favourite podcasts is Pat Flynn’s Smart Passive Income and one of his recent episodes really got me thinking on a few items and also served as inspiration for this blog post.

END_OF_DOCUMENT_TOKEN_TO_BE_REPLACED

I recently created a video on How To Find Expired Domains With PR For Free and uploaded it to Youtube, which I will share with you at the end of this post. The idea to create the video was sparked by a conversation I had in an entrepreneurial driven Google Hangout a few weeks ago when someone had asked me what tools I use to find expired domains. Another question that popped up during that conversation was what are the benefits of registering and developing expired domains so I thought I would create this post to outline the benefits I have experienced over the years.

A quick qualifier on this post. The benefits that I discuss are for new projects, not SEO purposes to promote your main money sites using link wheels or tiered linking strategies.

END_OF_DOCUMENT_TOKEN_TO_BE_REPLACED

I’ve been talking to a lot of freelance writers over the last few months as I work on some information products I plan to launch in the near future. One of the most hotly contested topics that has been brought up during these discussions are the advantages and disadvantages of job boards. There seems to be an even split of those who absolutely love sites such as oDesk and Freelancer to source new writing gigs while others avoid them like the plague.

The advantages of these services are easily recognizable; a large number of potential clients and projects to bid on, most handle escrow payments, a feedback system to rate both freelancers and clients, etc. What might not be as apparent to newcomers are the disadvantages to using job boards to attract new clients. I wanted to outline a few of the items that I found to be rather discouraging for those that may be looking at using them in the near future to secure some online writing jobs.

END_OF_DOCUMENT_TOKEN_TO_BE_REPLACED

2013 was a year of inspiration for me as I really got hooked on podcasts. There are several excellent podcasts out there for people looking for ideas, actionable items and just plain entertainment. I spent several of my afternoon walks or treadmill sessions listening to the likes of Pat Flynn, John Lee Dumas, Justin and Joe from EmpireFlippers or Ian and Dan from the TropicalMBA podcast.

During my many discovery sessions on Twitcher, I came across a Stanford University podcast that featured an entrepreneur by the name of Matthew Rabinowitz. To date it has been the only podcast that I have listened to several times and continue to find motivation and inspiration every time I listen to his story. While he is not as well known in popular culture and business as his another South African entrepreneur (Elon Musk), his story is absolutely amazing.

If you don’t want me to spoil Matthew’s story, please scroll to the bottom where I have embedded the YouTube video of his talk with students at Stanford where the podcast originated from.

Matthew touches on a lot of topics throughout his talk including his time at Stanford, his various start-ups and his current business. Natera has done some amazing things in the field of prenatal testing and the way it came to become a company and develop its technology has a sad beginning but an uplifting ending.

Matthew’s family went through a tragedy when his sister’s baby was born with Down Syndrome and passed away 6 days after birth and this presented Matt with a problem worth solving. One of the themes of the talk was to “pick a problem that is worthy of you and several years of your life.” He identified inadequacies in prenatal testing, took his engineering background and concepts that were commonplace in the technological world and applied them to the field of biology.

Originally they used in vitro fertilization to test their technology and methods, taking samples from an embryo as well as samples of the parents and “filled in the blanks” of the chromosomal crossovers using data from the human genome project. With IVR succes they moved into prenatal testing, where they could come up with compelling data by simply drawing blood from the mother at 9 weeks.

Matthew discusses the ethical side of the business and I was incredibly impressed by the way the company operates, consulting with top professionals in the fields to determine what should be tested for and what shouldn’t.

The most impressive thing for me though had to be his resolve to solve a real problem that people were experiencing, including his own family. Before his company developed the technology and methodology, 1 in 6 cases of Down Syndrome were not diagnosed with conventional prenatal testing. Natera is able to diagnose it in virtually 100% if the cases. They were also able to develop tests that allowed intervention during the pregnancy to improve the chances of a healthy child for other diseases as well as inform parents of potential issues that would require specialized treatment. This would allow for pre-planning and preparation, especially if the delivery should take place at a hospital specializing in the diagnosed disease.

Matthew is funny, engaging and such an interesting character that I still find myself laughing and smiling whenever I listen or watch his talk despite the fact I know what’s coming next. You’ll hear about his meditation retreat and how it tortured and changed him as well as a fantastic business lesson in the form of monkey hunting tactics used in Central Africa.

Each Monday I’ve decided I’m going to get back into the habit of posting some entrepreneur stories that I found interesting over the weekend. Here’s a few stories that caught my attention.

This entrepreneur wanted to sue the television show after his failed Dragon’s Den appearance
Marc Rebeiro took his board game “Pick N Choose” to the Dragon’s Den looking for an investment. Instead his pitch was rejected and included in the brief rejection segment of the show. This obviously didn’t site well with Mr. Rebeiro and he decided to launch a lawsuit for “gross and reckless negligence, intentional misconduct, malice and bad faith.” It appears his legal case was about as successful as his pitch to the Dragons.

Top 10 Entrepreneurs in 2013
Forbes chronicles their picks for the top entrepreneurs of 2013 that includes some familiar names including Amazon founder Jeff Bezos and Google co-founder Larry Page. Newcomer Evan Spiegel also made the list even though many people are doubting his wisdom for turning Facebook’s $3 billion offer to purchase SnapChat, a company he co-founded.

Why Every Entrepreneur Should Have A Mentor
Tracey Wallace from Mashable outlines why entrepreneurs should seek out mentors. The article discusses the role a mentor played in helping Andres Teran and his company Toplist pivot from their current business into a successful app when their web based offering failed to capture audiences as they had envisioned.

When To Quit Your Job And Become An Entrepreneur
Perhaps one of the hardest decisions most entrepreneurs make is selecting the right time to leave their place of employment and embark on their own entrepreneurial journey. VentureBeat outlines three signs that it may be time to make that move and points out three ex-Google employees who made the leap and became Silicon Valley success stories.