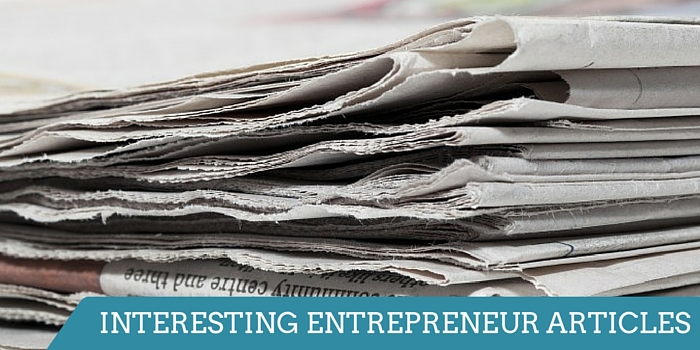 When I’m looking for inspiration or tips on being a better entrepreneur, one of the things that I always do is head on over to Google News and type the term entrepreneur. This happens a few times a week and I am always amazed at some of the articles I come across or stories of other entrepreneurs doing something amazing. Here’s a few stories that caught my eye over the last few days that I thought I would share. END_OF_DOCUMENT_TOKEN_TO_BE_REPLACED

2013 was a year of inspiration for me as I really got hooked on podcasts. There are several excellent podcasts out there for people looking for ideas, actionable items and just plain entertainment. I spent several of my afternoon walks or treadmill sessions listening to the likes of Pat Flynn, John Lee Dumas, Justin and Joe from EmpireFlippers or Ian and Dan from the TropicalMBA podcast.

During my many discovery sessions on Twitcher, I came across a Stanford University podcast that featured an entrepreneur by the name of Matthew Rabinowitz. To date it has been the only podcast that I have listened to several times and continue to find motivation and inspiration every time I listen to his story. While he is not as well known in popular culture and business as his another South African entrepreneur (Elon Musk), his story is absolutely amazing.

If you don’t want me to spoil Matthew’s story, please scroll to the bottom where I have embedded the YouTube video of his talk with students at Stanford where the podcast originated from.

Matthew touches on a lot of topics throughout his talk including his time at Stanford, his various start-ups and his current business. Natera has done some amazing things in the field of prenatal testing and the way it came to become a company and develop its technology has a sad beginning but an uplifting ending.

Matthew’s family went through a tragedy when his sister’s baby was born with Down Syndrome and passed away 6 days after birth and this presented Matt with a problem worth solving. One of the themes of the talk was to “pick a problem that is worthy of you and several years of your life.” He identified inadequacies in prenatal testing, took his engineering background and concepts that were commonplace in the technological world and applied them to the field of biology.

Originally they used in vitro fertilization to test their technology and methods, taking samples from an embryo as well as samples of the parents and “filled in the blanks” of the chromosomal crossovers using data from the human genome project. With IVR succes they moved into prenatal testing, where they could come up with compelling data by simply drawing blood from the mother at 9 weeks.

Matthew discusses the ethical side of the business and I was incredibly impressed by the way the company operates, consulting with top professionals in the fields to determine what should be tested for and what shouldn’t.

The most impressive thing for me though had to be his resolve to solve a real problem that people were experiencing, including his own family. Before his company developed the technology and methodology, 1 in 6 cases of Down Syndrome were not diagnosed with conventional prenatal testing. Natera is able to diagnose it in virtually 100% if the cases. They were also able to develop tests that allowed intervention during the pregnancy to improve the chances of a healthy child for other diseases as well as inform parents of potential issues that would require specialized treatment. This would allow for pre-planning and preparation, especially if the delivery should take place at a hospital specializing in the diagnosed disease.

Matthew is funny, engaging and such an interesting character that I still find myself laughing and smiling whenever I listen or watch his talk despite the fact I know what’s coming next. You’ll hear about his meditation retreat and how it tortured and changed him as well as a fantastic business lesson in the form of monkey hunting tactics used in Central Africa.

For today’s post I thought I would share some recent articles that I found interesting and wanted to share with regular readers of the blog. Today’s articles include an account of how Facebook advertising helped successfully launch a new website, how a beef jerky company built its brand with creative marketing techniques, tips for your company blog and build business lessons you can learn from Cake Boss.
END_OF_DOCUMENT_TOKEN_TO_BE_REPLACED

Heading to do the taxes shortly but I took some time to catch up on the Google News reader and came across a few interesting articles I thought I would share with everyone.
END_OF_DOCUMENT_TOKEN_TO_BE_REPLACED